Richard Hardy writes Dear Jazz at The Central supporter A quick reminder for this week’s line-up. That’s this Thursday 11th December. Then, an easy one to remember, we will be re-starting jazz at The Central 2015 just four weeks later END_OF_DOCUMENT_TOKEN_TO_BE_REPLACED 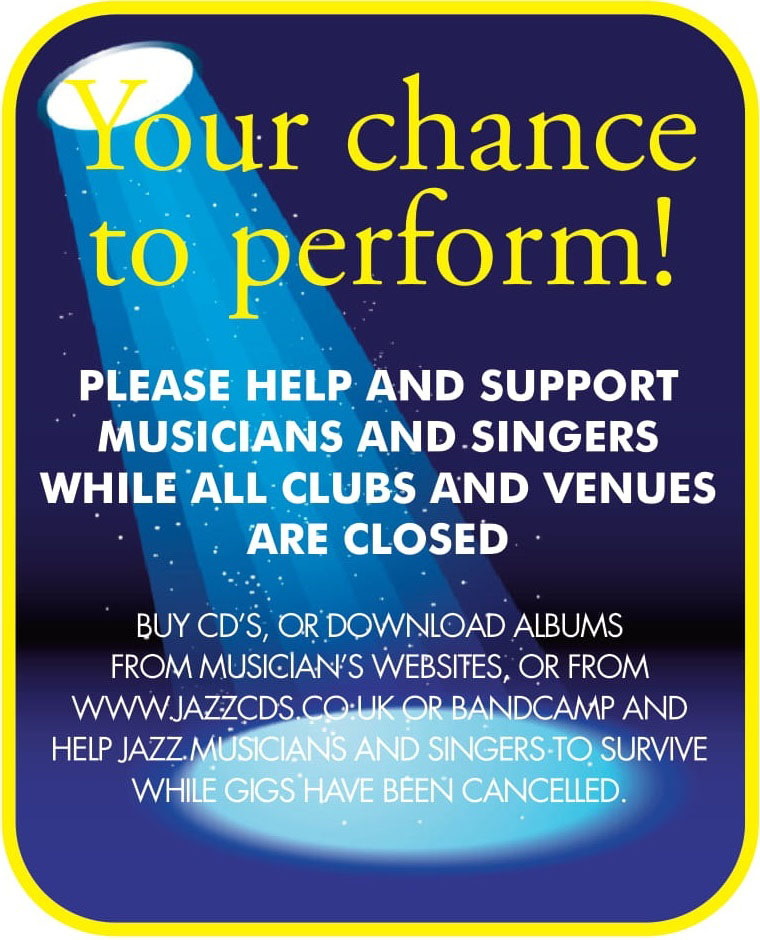 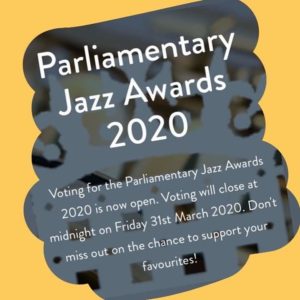 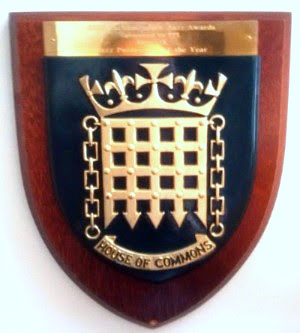 Eran Har Livestream via Jazz at the Lescar 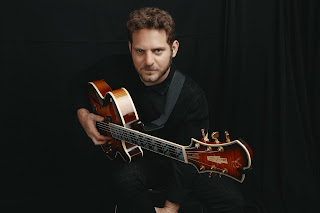 We’re running another livestream gig on Friday 3rd July at 8pm. This time we’re totally excited to bring you music from an international trio led by an incredible guitarist, Eran Har Even, performing direct from a boat in the middle of Amsterdam!

Like last time, we’re running the event in Crowdcast. To book a place and attend the gig, please click on this: link: https://www.crowdcast.io/e/eran-har-even-trio

Eran Har Even is an award-winning guitarist whose playing is contemporary, refined, expressive, and melodic. Originally from Israel and based in Amsterdam since 2006, he is firmly established as a leading musician on the Dutch Jazz scene, having played and recorded with internationally known musicians including Benny Golson, Terell Staford, Harmen Fraanje, Jamal Thomas, Joris Roelofs and Gilad Hekselman.

The openness and optimism of the music on Eran’s new album ‘World Citizen’, released earlier this year, is inspired by his travels around the world. He describes this as resulting from a path of self-discovery and of many years of being far away from home, a world citizen with views far from patriotism and nationalism; learning to be open to different opinions and cultural heritage and treasure the uniqueness of every person he encounters.

Here’s some wonderful music from his new album: https://www.youtube.com/watch?v=biM53BtacyM

Eran is joined for this gig by a dynamic and creative bass and drums duo of Zack Lober (Canada) and Roberto Pistolesi (Italy). Both musicians have a vast playing experience.

Music is also about bringing people together, so we’ll also be running a Zoom meet-up after the gig for everyone who attends to pop into and say Hi, because we’re definitely missing seeing you all!  There will also be a RAFFLE, with a free ticket for everyone who attends. We’ll draw for the prizes at the Zoom meet-up. We'll open the 'doors' to the gig at 7.45pm, and the music will start at 8pm.After booking your ticket, you'll be sent both an email receipt for your payment and an email telling you about how to attend the event. 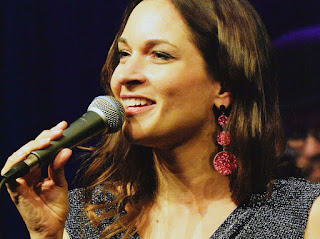 Bonjour à tous, I hope you are keeping well during this period and slowly adjusting to coming out of lockdown.

I would love to invite you to my next ONLINE SOLO CONCERT!

On Friday 3rd of July at 8pm BST (UK time), I will be singing and playing for you.
Repertoire will include songs from the 3 albums and tunes I have enjoyed playing recently. It will be a live stream on my Youtube channel of around 50 minutes.


Here is the link https://www.youtube.com/watch?v=V-4G6mrclko&feature=youtu.be

Tune in at 8pm in UK or 9pm in France/Belgium so I can interact with you during the gig, the replay will only be available for another 24h.

I am very much hoping you can join me to share this musical time together, please feel free to comment during the performance so I can say hi.

As musicians, we are still unable to play live in public venues in UK so performing for you online has become a wonderful way to continue sharing our music.
If you have enjoyed the gig, I would be grateful for any donation via this link: paypal.me/gabrielledmusic (Suggested ticket fee: £5 or more :)

Many thanks & see you on Friday!
Gabrielle xx

Hi Folks, for those of you who do not know of Gabrielle, she is a wonderfully entertaining jazz singer. We were fortunate to have had her perform for us at Huddersfield Jazz when we were in the Cellar Bar at the theatre. She stayed with me to save the cost for us of a hotel and I discovered that she is a very interesting person and really enjoyed her company. 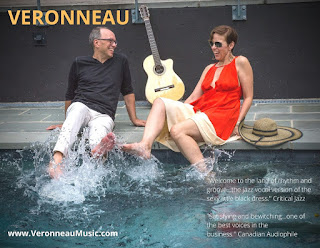 Veronneau – 8.00pm Friday 3rd July 2020 streamed live on the Ribble Valley Jazz and Blues Facebook page
https://www.facebook.com/RVJazzEventsFestivals
World-Jazz band Veronneau is fronted by French Canadian vocalist Lynn Veronneau and her English husband guitarist Ken Avis - originally from Wigan! They’ve been winning-over audiences with their live shows. and 3 album releases which have all been in the US Top 10 Jazz and World Music charts. Veronneau have toured Europe, the USA and Canada, appearing live on BBC radio, festival stages, and clubs. Back in the US - where they are based in Washington DC - they have appeared at venues such as Kennedy Center, Strathmore, Blues Alley, Bonafide, DC Jazz Fest and many more. They've earned 6 WAMMIE awards for Best Vocals, Band and Recording Artists during recent years.
During the quarantine they have been performing their retro-acoustic shows as a duo performing original and classic songs in English, French, Spanish and Portugese. 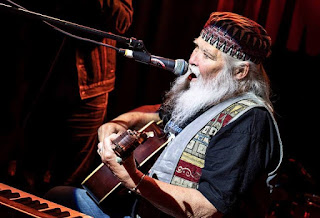 Victor Brox is one of the unsung heroes of British Blues. He defies categorisation – and has a wealth of great blues roots. The Victor Brox Trio will be showcasing all of this in a premiere live stream specially created for Ribble Valley Jazz and Blues on Friday 10th July.  Victor will be joined in performance with trio members Clive ‘Blues Boy’ Mellor on Harmonica and Bo Lee on Bass.
We are grateful to Arts Council England’s Emergency Covid-19 funding for supporting this online event and for Darwen Music Project, at Number 39 - Hopstar Brewery Tap for helping to bring the event to you.

Both these online streams are supported by emergency Covid-19 funding from the Arts Council enabling Ribble Valley Jazz and Blues to continue to promote great jazz and blues reaching as wide an audience as we can.