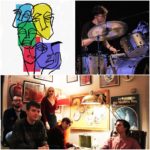 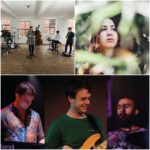 The six bands were as follows:

The Emerging Artist programme had four Northern Jazz Promoters putting on bands – either as the main act or in a support band role. They were paid a fee by each club, and the network as a whole contributed towards the costs of transport. The network clubs that joined in were Ribble Valley, Wakefield, Heart and Jazz Leeds.

Leeds College of Music, together with Norvoljazz network, have organised six jazz groups in an emerging artists programme – if you would like to book one of these bands – say as a support band, or to fill a gap in your programme in the near future, do get in touch. Contact LCoM student rep Genevieve Begley: 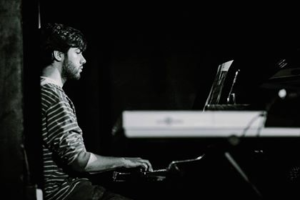 Vicente Magalhães is a jazz pianist from Lisbon, Portugal, who, while studying jazz in the UK, started writing pieces that combined Portuguese music with jazz. Joined by Jack Garside on bass and Alasdair Pennington on drums, the trio plays tunes written as tribute to Portuguese music inspired by some of the countries greatest folk artists, as well as some of the UK’s best jazz musicians.

Dan Wyllie is a tenor saxophonist influenced as much by New York’s contemporary giants, such as Seamus Blake and Chris Potter, as he is by legends past, the likes of Hank Mobely and Stanley Turrentine. He will be bringing his Nonet to play a selection of his own compositions and arrangements of some of his favourite tunes. Expect hard swinging grooves and heart melting ballads, balancing jazz tradition and modern approaches, with a huge tone, as sensitive as it is brash. Listen here.

A passion to connect with people through music, drives Else to push the boundaries of jazz.

“Else is a gifted young Norwegian vocalist – certainly a musician to watch for the future. Her relationship with pitch, intonation and timbre are well defined and her performance capabilities are growing. She continues to carve out her individual path in music.” – Lauren Kinsella.

She released her debut EP, ‘High Expectations’, in February 2018. 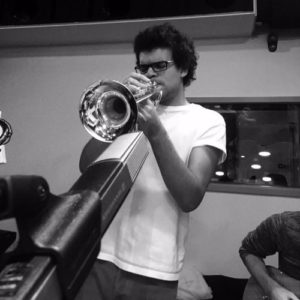 Gifted trumpet player who has been before to Seven Arts with the Eastgate and LUU Big Bands, leading his own group. Listen here.

Born in Leeds, fusing acoustic instruments with electronic effects, they blend their Jazz upbringing with hints of Drum and Bass, Hip-Hop and electronic music. Their live performance is an unforgettable experience where you will be exposed to unheard sounds and grooves that are guaranteed to blow your ears off.

One year on from their debut gig, supporting a sold out show at Belgrave Music hall and Canteen, they have travelled the country. With highlights such as London Jazz Festival, and Opening up Lancaster Jazz Festival. Releasing a debut single last May, with more music on the way this Easter and a UK Tour planned for October 2018. Listen here. 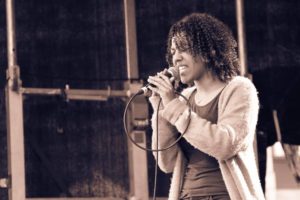 London-born Maya Kally, with her smooth, yet gritty, vocal style influenced by such legends as Nina Simone and Otis Redding, is spreading her wings to launch her solo career with her impassioned debut single, ‘Another Time.’

“At the Chapel Allerton Arts Festival last year, Maya sang with eclectic jazz ensemble, Nag Champa, in the late summer sunshine. With her bright smile and long woollen cardigan, Maya Kally ghosted to the front of the stage and delivered some assured vocals into the Sunday afternoon crowd, providing the perfect outlet for the vast array of musical talent on stage behind her” – FMS magazine

You can see all these groups at two special Sunday afternoon sessions at Seven Arts Leeds, on 22 April and 29 April 1:30-4:00 pm. Contact Steve Crocker at JazzLeeds for free promoter places:  (JazzLeeds website information)